It was rainy and chilly all day on Friday. Normally this would have been a bummer, as it ruined my chances of looking for goslings at the park, but all the county parks were closed anyway so it didn't matter. Paul and I spent the entire day working from home, watching the news and having flashbacks of the 2002 snipers as what started out as a shooting at the mall five minutes from my house turned into a series of killings linked to a murder at a high school from the night before. The situation had been resolved by early evening with the killer in custody, but before that, the parks were all closed, the schools were all on lockdown, and things were extremely tense.

While we were at home, I posted a review of Voyager's sadly uninspiring "Fair Trade", checked on the score as the Nationals blew it to the Cubs -- the Orioles were rained out -- and read about the party Prince Charles threw for all British Oscar winners and the various impending natural disasters (volcanoes, earthquakes, fires) that are the latest things conspiring to get rid of us before we destroy the planet. We had dinner with my parents (leftovers, since I had warned my mother not to go out shopping), then came home and, in anticipation of Captain America: Civil War, we watched Avengers: Age of Ultron. Here are sheep and spring lambs from Mount Vernon last weekend: 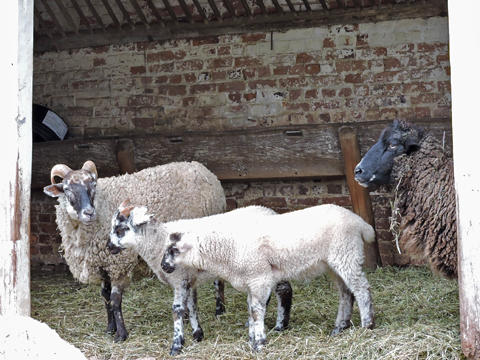