I slept late on Mother's Day, which is partly my cats' fault as one was on my feet and one was hiding under the covers nudging me for much of the morning. When I got up, we called Paul's parents to give his mother best wishes of the day, then we had eggs and facon for lunch and drove to Lake Whetstone. Here's most of the day in photos: 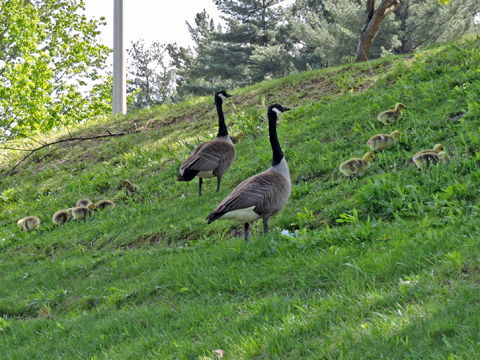 We got home in time for the Madam Secretary season finale (whose twist I predicted correctly) and Skyped with Daniel, who had sunny weather in the 80s last week while we had Seattle's weather (chilly, rainy). Afterward we watched the Elementary season finale (too little Joan all season, too much Sherlock family drama, but the episode was fine)!
Collapse