Paul worked for half a day so that in the late morning, we could drive to Hanover and visit his parents now that his father is home! We picked up pizza on the way and spent the afternoon with them, helping with some computer stuff and making a run to pick up prescriptions. His speech is much better though he was a bit tired after a morning of physical and speech therapy -- plus staying up the night before to watch the Red Sox.

We had yet another unseasonably cold, overcast day, raining when we left home, though there was only drizzle in Pennsylvania falling on the horse farms we drove past. We got back to more rain, stopped in the food store mostly for cat food, ate dinner, and watched Blindspot, which has improved steadily in the latter part of this season, especially the women's roles. Here are some of the geese and goslings around Lake Whetstone on Sunday: 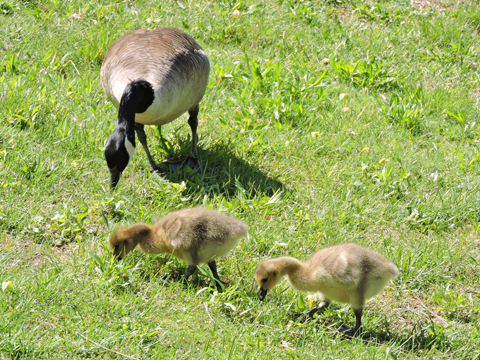