On Sunday Paul and I got up, got dressed, and drove a couple of hours to the Virginia Renaissance Faire, where we met Cheryl and saw a joust, rescued greyhound racing, alpacas, the Queen, the Rogues, the Nickel Shakespeare Girls, a labyrinth, a pirate ship, crepes, chocolate covered cheesecake on a stick, and lots of clothes, jewelry, art, and Tarot cards! 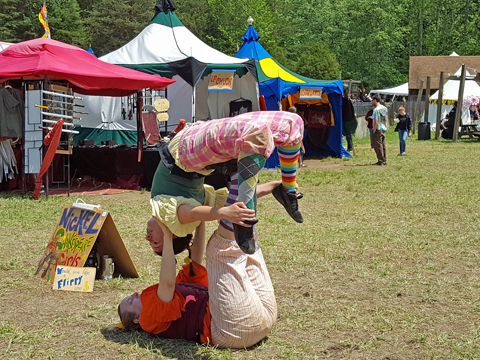 We stopped at the Lake Anna Winery shop on the way out, then drove to Stafford and had Mexican food at Carlos O'Kelly's before Cheryl headed south and we headed north, arriving home too late for the Once Upon a Time season finale, so instead we watched the Smithsonian Channel special on the Queen at 90 and Million Dollar American Princesses.
Collapse