It rained again all day on Tuesday. It was also unseasonably cool for May, but I can live with that; it's the ongoing dark skies and steady, constant cold drizzle that gets me down. Younger son slept late so I did most of my work in the morning, though all the laundry still isn't put away. We had eggs and (fake) bacon for lunch, then we all watched Fathers and Daughters, which is very good -- much better than its reviews, a decent if depressing script and excellent acting -- I was afraid it would be all about the genius writer but it was really the lost girl's story.

Son had plans with friends after dinner, so after some chores and jewelry repair, we watched The Flash, which was almost obnoxiously predictable even for a non-comic reader like myself. Then we watched Agents of SHIELD, which was not predictable -- neither of the two characters I expected to die did -- but between the Jesus symbolism and the insane overhyping of the character who has always been insanely overhyped (and stop insisting that it's sexist to complain about her; I'd complain about her even more if she'd been a man). Brookside flowers from March: 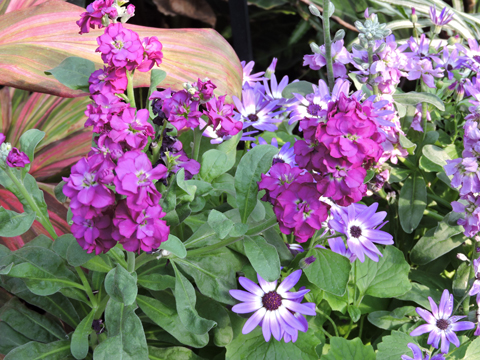