My Friday morning was taken up with finishing a review of "Coda", the Voyager episode that made us so happy then broke all our hearts so many years ago. Then, while I was working on graphics for the review, we caught up on the season finale of The 100 -- extremely satisfying in almost every way -- and the penultimate episode of Nashville -- can't say the same, but maybe they'll have had a plan to wrap it up in case of cancellation and I'll love next week's.

We had dinner at my parents' house -- Thanksgiving food, since Adam likes tofurkey -- then came home and decided to watch Gattaca on Amazon Prime since somehow none of us had seen it. I really enjoyed it; it's a bit exposition-heavy especially at the beginning, but it's so nice to see a sci-fi movie with almost no gore and not one gratuitous fight scene. It's dated in terms of the uses of genetics, but it's visually striking and I like the soundtrack. Flowers from Longwood Gardens months ago: 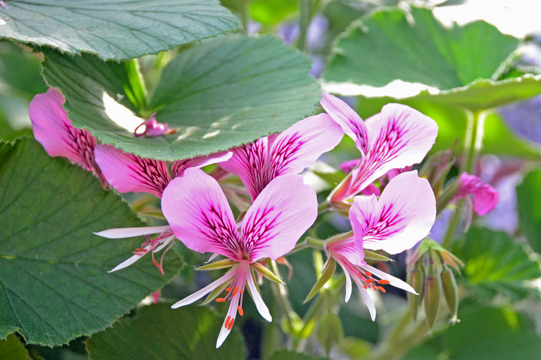