We spent most of Sunday in Hanover visiting Paul's parents, who were in good moods despite the rain -- making steady progress, getting out more to see things locally. Adam came with us, and Daniel was at home in Seattle, so we all Skyped with him and they got to see him, too. We picked up pizza on the way there, and we also stopped at Hanover Shoe Farms to see the foals: 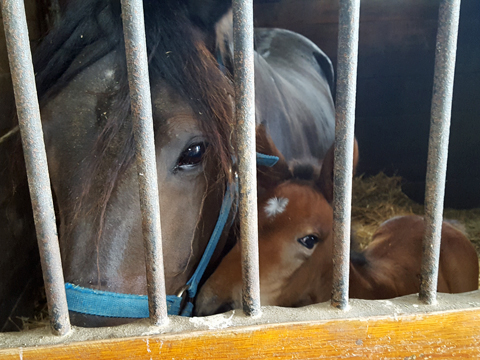 We saw some of the Red Sox game before we left to drive home in the rain, where we arrived to a crock pot full of stout and chicken stew. Then Christine came over and after a lengthy discussion about what she had never seen, what Adam had never seen, and what we were all in the mood for, we watched The Island, for which I have great affection despite it being mediocre sci-fi and Michael Bay!
Collapse