We had gorgeous weather on Tuesday, which made it hard to concentrate on all the work I had to catch up, but made it really nice any time I went outside! In the afternoon, we went to Great Falls to take a walk and saw the first toad I've seen there in years, plus a great many great blue herons, turtles, geese with adolescent dinosaur goslings, ducks, vultures, songbirds, squirrels, and very high water after all of May's rain: 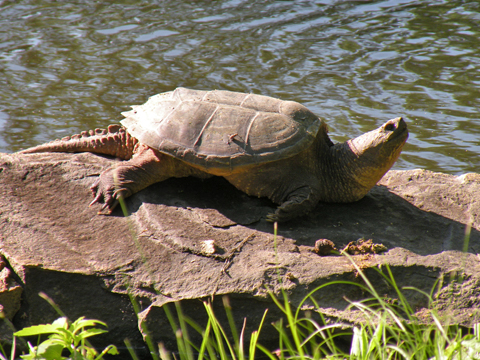 Otherwise, the most exciting thing that happened on Tuesday was during dinner when Effie stole one of my raviolis and had to be scooped up so we could try to get it away from her, with mixed success, though apparently alfredo sauce is not particularly dangerous to cats. We watched a couple of Bones episodes, including the this-should-not-be-so-hilarious corpse-on-a-plane and circus ones, then this week's awesome debt-relief John Oliver.
Collapse