We took Maddy up to Paul's parents with us on Saturday morning, where we brought sandwiches for lunch. Maddy wasn't feeling well after a sleepover party with friends the night before, so she and Cinda made a quick stop with me at the Wal-Mart around the corner looking for clothes to lounge around in while Clair and Paul did some work online. Then we all had dessert and Skyped with Daniel and Adam, plus David in one window and Lukas and Jamie who are visiting Molly's parents in New Mexico in the other.

We came back to Maryland a bit earlier than usual to meet up with Molly's best friend, her husband, and their son for dinner now that they're living in the area. We went to The Cheesecake Factory because once we told the son that there were pokespots in the mall, that was where he wanted to go! Maddy had had plans with friends in the evening but still wasn't feeling great, so we came home, she went to bed early, and Paul and I watched some sixth season Bones. Some light animals from Lewis Ginter Botanical Garden last winter: 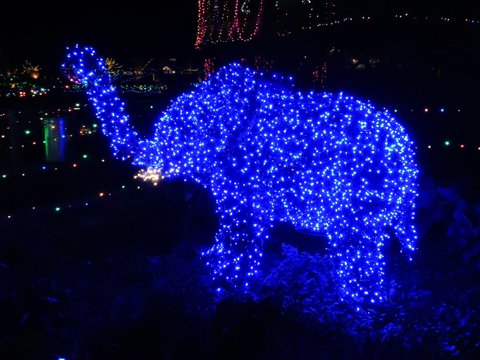