It was nice and cool on Tuesday, by which I mean the thermometer remained under 100. Maddy was supposed to start cosmetology classes, but they had low enrollment due to people being on vacation and postponed the start. That was frustrating for her, though she is cat-sitting for friends this week so she has things to do. I watched the Voyager episode I'm reviewing this week, the very enjoyable "Worst Case Scenario" -- nostalgia!

I don't care what anyone thinks about Hillary Clinton, I absolutely loved watching a woman be nominated as the Democratic candidate for president, and I was glad they did the roll call and let Sanders speak. I wasn't going to watch Bill Clinton because, you know, Bill Clinton, but I did, and he still speaks very well, though he's no Michelle Obama. Some photos from the formal Glen Burnie Gardens at the Museum of the Shenandoah Valley: 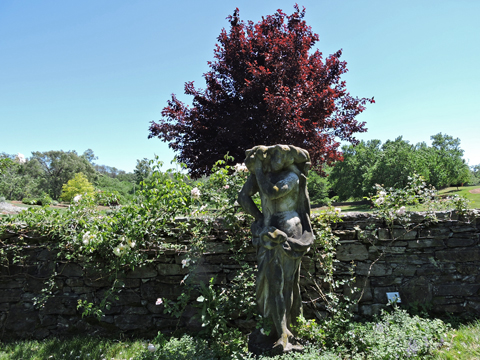