We had lots of thunderstorms on Thursday that cooled things off somewhat, and Hillary Clinton is officially the nominee of the Democratic Party so I'm happy. It was not a very eventful day; Maddy stayed at the house where she's cat-sitting, then went to Ikea with Christine, while I did work and almost caught a Wartortle at the post office but he broke out of one Pokeball and two Great Balls, then ran away!

Maddy and Christine came back here for dinner (Paul made Philly cheesesteaks in honor of the DNC, plus hot fudge sundae cake) and we all watched A Little Chaos, all being fans of Rickman and Winslet and appreciating Versailles. Now we're watching the convention winding down and what a high note for a conclusion. From the Folger Shakespeare Library's America's Shakespeare exhibit: 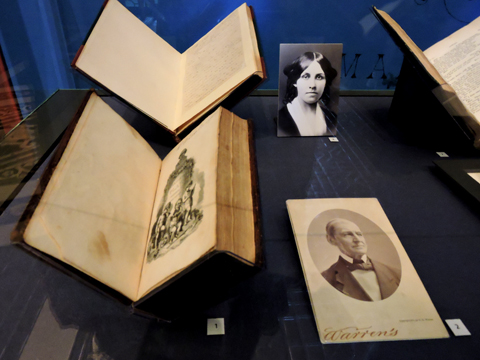