I have lots to do on Friday so I tried to get as much done on Thursday as possible, meaning that the Voyager review is mostly there but the laundry isn't folded. We took Adam and Maddy to Bed, Bath & Beyond to get dorm stuff for him and room stuff for her, since she has been using his trash can and things like that. After dinner, Maddy went to bake cupcakes for a bake sale with one of Adam's high school friends.

The rest of us watched The Lobster, which is one of the most self-consciously highbrow satires I've ever seen (I'm debating calling it self-consciously pretentious). The performances are great and it's never slow or dull, but the world-building is so incomplete as to leave plot holes and ultimately it's hard to say what statement its metaphors mean to express. Here are summer C&O Canal animals from Riley's Lock: 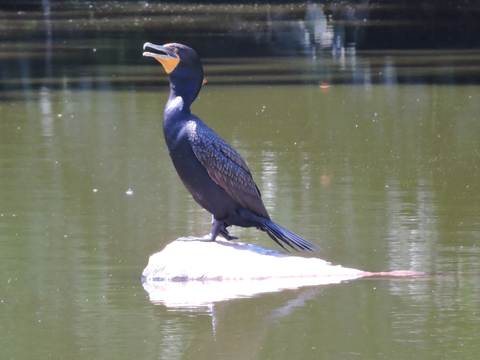