I got to spend Monday with Cheryl watching movies and seeing animals! We started by getting Indian food while dropping Madeline off at the mall to shop for work clothes, then we went to Imperium, which I really didn't think I'd like -- it has Daniel Radcliffe in a role in which he's gotten pretty good reviews, but it's about white supremacists and I was afraid it would be a lot more violent and vile than it was (I mean, it was vile, but it was mostly white supremacists spouting conspiracy theory garbage, not physically attacking the specific Jews and people of color who are the targets of their venom). Radcliffe and Toni Collette are both very good in it and it's an interesting cautionary tale.

After that, we retrieved niece, then watched Genius on demand with Paul. This one is about editor Max Perkins's relationship with Thomas Wolfe and to a lesser extent F. Scott Fitzgerald, and stars Colin Firth, Jude Law, and Guy Pearce plus Nicole Kidman, Laura Linney, and a generally fantastic cast. (I mean, you knew I wasn't going to miss a movie with Bertie and David from The King's Speech anyway.) There's a lot of vague talk about what makes literature great (apparently men telling stories about their fathers) and the female roles veer from barely tolerable to utterly cringe-worthy, but it has wonderful performances and passionate bromance.

We learned that Gene Wilder had died while we were watching Genius and were going to watch one of his movies, but we got so distracted talking about which of his Mel Brooks movies was our favorite that we ended up watching High Anxiety because none of us had seen it in many years and it remains utterly hilarious, even without Wilder. We'll watch Willy Wonka and Young Frankenstein later in the week. Cheryl and I took a walk, saw a pair of bunnies and rescued a cicada before she went home. Meanwhile, Madeline went to work, Paul and I had vegetarian jambalaya for dinner, and the Nationals beat the Phillies. Some of Lewis Ginter's butterflies (live and Lego) on Sunday: 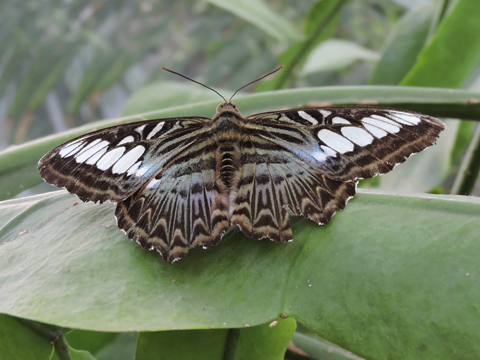