We had big thunderstorms very early Thursday morning that left us with cooler temperatures and squalls of rain on and off all day. I mostly spent the morning and afternoon working, but I went for a walk during a dry period and, along with a neighbor, found this wood turtle that either got washed out of its usual locale or came looking for worms and wound up in the middle of our road, blocked by townhouses from reaching the woods and stream, so I carried him through the neighbor's fence and put him in the woods: 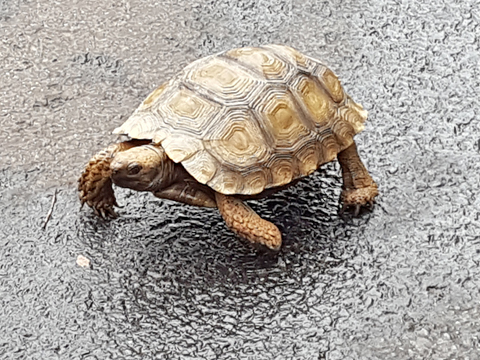 In the late afternoon, Paul, Maddy and I went to College Park, picked up Adam and Christine, and met the son of my good friend Lynda at Azteca in College Park, where we had Mexican food and caught up (he was a math major, like Adam, and has known my kids since they were very young). Now at Maddy's suggestion we're watching Stranger Things, which I'd heard great things about and it's well-acted and very atmospheric, but right now, three episodes in, the women's roles are really dragging it down for me.
Collapse