I spent Friday morning working on a review of Voyager's "Day of Honor", for which I expect to receive an enjoyable amount of hate mail telling me I'm crazy and wrong, but nothing is ever going to make me like that episode or feel more than lukewarm about Paris and Torres. The weather was gorgeous, we had our windows open most of the day, and the bunnies were out enjoying the sunshine. Madeline needed to stop at Sally's and we needed kitty litter, so we went out to Congressional and made several stops including Michael's before going to have dinner and chocolate pudding with my parents.

Then we came home and watched the rest of Stranger Things, and I'll probably get told I'm crazy and wrong about this too but I found the female roles -- especially the little girl's -- really disturbing. A retro vibe might excuse a certain level of slut-shaming and condescension toward suburban moms, though this is supposed to be the 80s, not the 60s, but turning women into props for man pain and boy bonding is a turnoff in any story whether it's set in the Renaissance or the 23rd century. On a happier note, here are some photos from Maymont's classical and Japanese gardens last weekend: 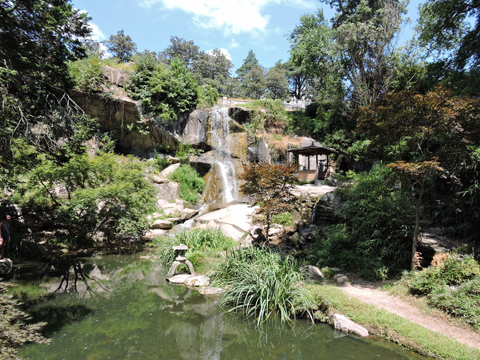