Pretty much my entire Tuesday was taken up with traveling, from an early trip to Sea-Tac to return a rental car and eat an early lunch to a shorter-than-expected flight home with a longer-than-it-should-be schlep through Dulles to get to baggage claim and our car. On the plane, we watched Midnight Special, which is better thought of as a movie about family ties than as science fiction per se (the sci-fi angle is never really developed or explained) but is excellent as such, particularly the performances. I have lots of laundry and photos and cats to sort, so here are a few photos traveling around Seattle including three from the airport: 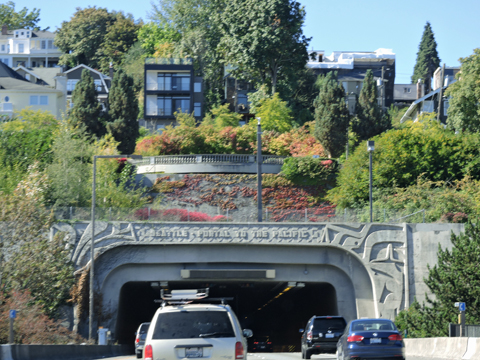