Monday was mostly chores and work for me. I did a bunch of household stuff and I watched both parts of Voyager's "The Year of Hell" because I need to review it (I must admit it's still compulsively watchable, but after "Endgame" it's also really disturbing to note that Janeway becomes Annorax in the finale). The weather was gorgeous, so I also took a long walk in the woods.

Maddy was supposed to have the day off after classes, but was called in because of unexpected Columbus Day crowds, so we took her there after picking her up from school. We watched most of the glorious Nationals-Dodgers game, though we took a break for the season premiere of Supergirl with the new cast member I somehow didn't know was joining the show! From Carkeek Park in Seattle: 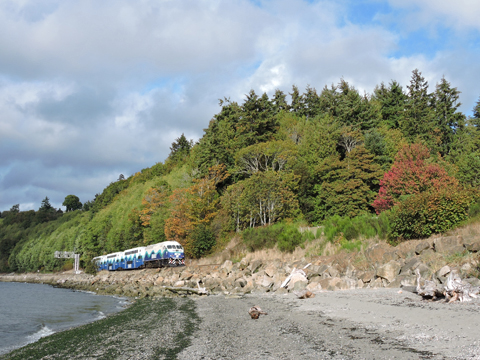