Friday was on the warm side but had leaves raining down and mostly felt like fall. I spent the morning working on a review of Voyager's "Concerning Flight", an episode that holds up gloriously and I still really love. I finally caught up on uploading photos to Flickr, so here's a not-great batch that I never posted from Potomac Overlook Park's nature center on the night we saw Mystic Warriors there: 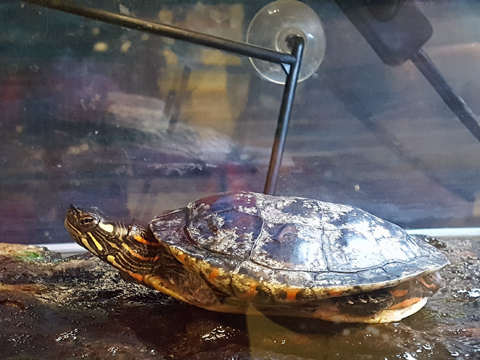 Cheryl had a customer who insisted that Ayn Rand and Anne Rice were the same person and I've been snickering all day at the crossover fanfic that could be written based on that idea. We had dinner with my parents, though Madeline had to work, and while she was out we borrowed her Netflix to watch The Crown, whose first two episodes are mostly about George VI (and very sad and beautifully done).

I just saw Viggo Mortensen on Colbert announcing that he's voting for Jill Stein because his own (privileged wealthy white male) conscience is the most important thing in this election -- not protecting the people who may not get to exercise their right to vote, let alone to vote their conscience. So I am announcing on LiveJournal, which I joined in part because of Viggo, that I am Completely Over Him.
Collapse