And the people who voted third party on the grounds that voting one's conscience is the most important thing, I think we need to have a conversation about "conscience" vs. "privilege." Sure, there are issues with Clinton as a candidate and as a policymaker. Sure, on paper the Greens and Libertarians offer things the big parties have sold out to special interests. If you can afford to throw out the status quo for revolution, you likely aren't inhabiting one of the bodies that will be flung to the front lines of the war. You aren't a minority or a woman or an immigrant or someone who desperately needs health care or someone with a disability that our new president-elect will dismissively mock. Yeah, as I said, still really angry. I tried to distract myself watching The Crown (yep, British prime ministers had issues too) and later Blindspot and Designated Survivor (both too close to home). And I took calming walks to enjoy the autumn. Fall around South Mountain: 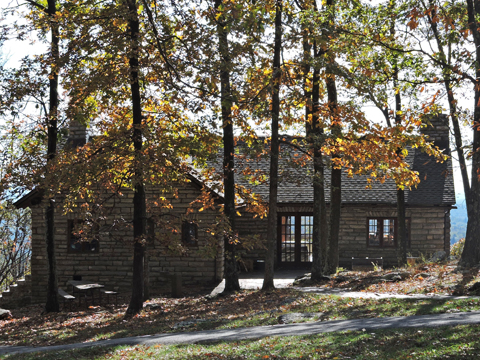