I had a boring morning of chores, but Cheryl was driving home from New York and came here at lunchtime so we could watch some episodes of The Crown, then go see Doctor Strange with Paul (and Madeline, though she had to leave halfway through to go work in concessions at the theater). For a variety of reasons I wasn't sure I'd really like it, but apart from being mystified why they cast Tilda Swinton -- she was compelling as always, but Lucy Liu or Maggie Q would have been as well -- and feeling that final confrontation was a bit too cartoony even for a comic book movie, I loved it far more than I was expecting, even Cumberbatch whom I don't always enjoy.

We went to the mall food court for dinner after the movie, then Cheryl had to go home though poor Maddy (who baked cookies for her co-workers) had to work another few hours. Paul and I watched The Flash, then the awesome end of the Maryland-Georgetown game during which Maryland came back from a seven point deficit during the last minute of the game, then we started to catch up on Madam Secretary but after pausing it to get Maddy, On Demand tried to make us start over instead of remembering where we were, so rather than watch 3/4 of it again we caught up on Elementary instead. Not great fall phone photos from Meadowside Nature Center over the weekend: 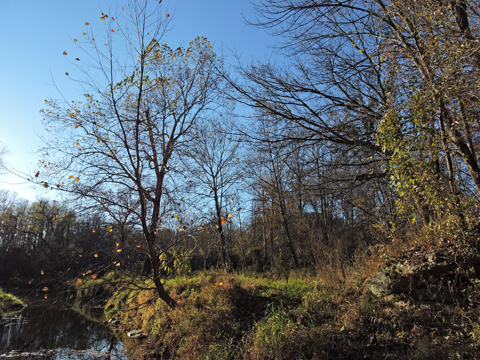