On Friday it reached 70 degrees in the DC area, giving me flashbacks to September when I was in a much better mood about so many things. I spent the morning working on a review of Voyager's "Waking Moments", which I tried to be nice about but it still isn't very good. Then all three of us had lunch and went to take a walk at Cabin John Park before going to Giant.

Alice, whose husband and son are in heavy training for a Rubik's Cube tournament this weekend, came over right after Maddy went to work and came to dinner with us at my parents' house. Then we came home and watched some more Versailles, which I am probably enjoying more than I should be given the level of nonsense but it's fun nonsense. From DC earlier this November: 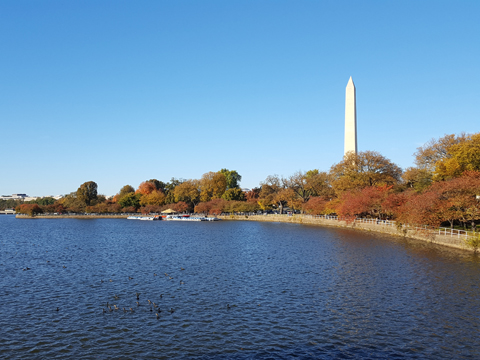