Cheryl came over on Monday while Daniel and Paul were both working in the morning. We went to get California Tortilla, for ourselves, them, and Maddy, then we watched several episodes of The Crown, including the Churchill-heavy "Act of God" which I really appreciate.

Then, when everyone was done with work for the day, we all went to the mall to see Fantastic Beasts, which I loved. Unlike the HP movies, I wasn't spoiled for anything from books, so it felt like a fresh take on the magical world, old New York was charming, the women were great, the creatures were adorable!

We had dinner in the mall food court -- Cheryl and I had Cava, everyone else had deli. After she went home, Paul and I caught up on Madam Secretary between Supergirl (much better this season) and Timeless (still preposterous but holding my interest). Some photos from Great Falls as winter approaches: 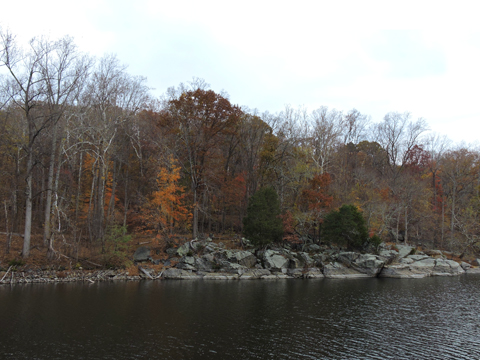