Daniel had to work most of a regular day Tuesday, though he took a break to go out to lunch with my parents while we took Maddy to the cosmetology school to see about getting her hair cut and colored. Otherwise I spent the day sorting and uploading weeks' worth of photos on which I'd gotten behind, and I went for a walk to enjoy the cool weather though I also spent a lot of time removing cats from vents.

We had chick'n with pasta for dinner and watched The Flash, which is not holding my interest this year as much (I do love Tom Felton but a lot of the material already feels like it's recycling). Then, since Daniel had not seen it, we saw X-Men: Apocalypse, whose opening and closing warg battles are still too long but there are a lot of character bits I like. From Tilden Park a couple of weeks ago: 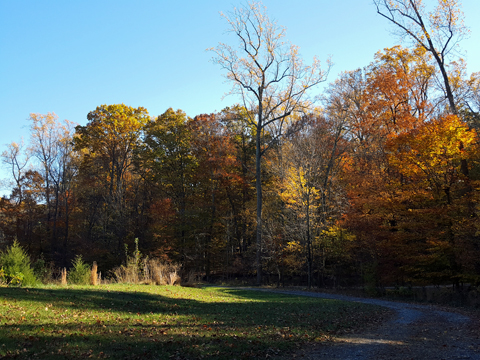