Thursday was a work and chore day. It was gray and chilly, and I spent most of it working, though we went out to do a bunch of shopping chores that included a stop in Baskin Robbins to use a free cone coupon and a swing through the park while taking Madeline to the mall to try to get her phone fixed (it has instead been replaced, having been declared defunct by AT&T).

I'm sad about John Glenn, though he lived a long life and was greatly respected and admired, and happy about the dinosaur feathers found in amber. We caught up on Designated Survivor, which is finally actually going somewhere plus Virginia Madsen and Maggie Q are awesome, plus we watched some football. Countryside Artisans and Montgomery Potters photos: 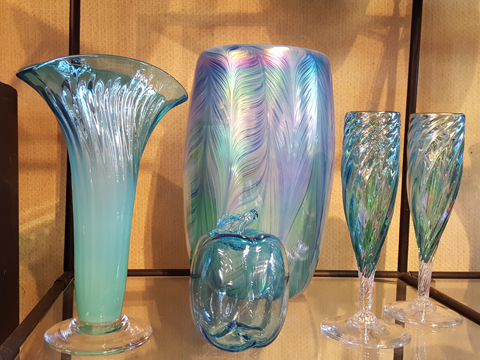