I am still hopelessly behind on everything from being out all weekend and half of Monday, but I did have a good day. I had coffee with Alice and was joined by Maddy for lunch with her at Noodles and Company. Then I tried to catch up on birthday correspondence while watching Sunday's Madam Secretary and Elementary (both very good), addressed and stamped holiday cards, started sorting photos from the weekend, folded the laundry, and shifted summer and winter clothes in my closet.

When we picked up Maddy from work after dinner, we swung through Cabin John Park and I caught one of the Santa hat Pikachus added today to Pokemon Go. Evening TV was of course the Baltimore-New England game, which started out terribly for the Ravens, then became a great second half that would have been improved if the Patriots had blown that final drive! Here are photos from Richmond on Sunday, including four from the state capitol building and four from Lewis Ginter's Gardenfest: 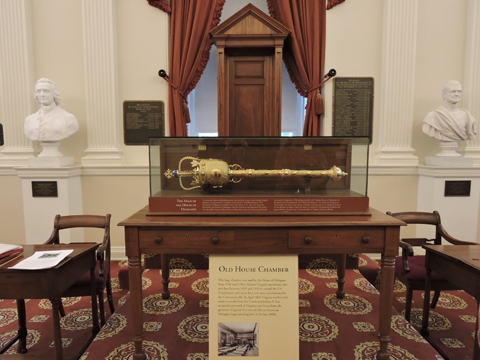