My kids are both home! We left in the late morning to pick up Adam from College Park and had lunch with him there at IHOP, which has egg nog and dark chocolate peppermint pancakes for the season. Then we came home and watched the Hopkins-Paltrow-Gyllenhaal Proof, since we'd been talking about math and movies.

We watched my weekly Voyager episode and had soup and sandwiches for dinner before driving to Virginia to pick up Daniel, who landed at Dulles a little after 8 p.m. Now we're watching the last two episodes of Westworld, which aired after Thanksgiving so neither son had seen it. Bonsai from the National Arboretum in October: 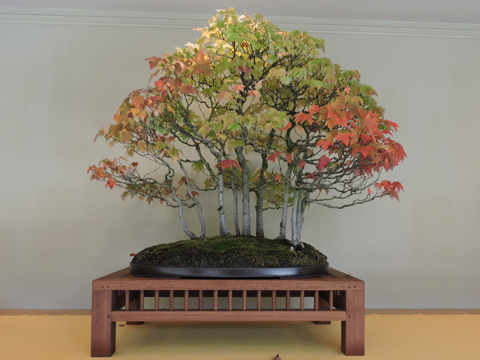