Paul, Daniel, Adam, and I are playing Forbidden Desert (where we have all died in the sand twice in a row) so I will keep this brief. We had vague plans to go downtown to the botanic garden and holiday train display at Union Station, but Daniel slept late, then got a page from work that took him an hour to deal with, so we decided to stay in and play board games while we watched football.

We all went to pick up Maddy from work (again, she was there from 9-5:30) and went to my parents' for dinner, where we ate the leftover Chinese food from last week. We also watched the end of the Washington football season, which I can't even regret. Tomorrow Daniel goes back to Seattle and Adam to College Park -- he is working in the 3D lab for the rest of winter break -- so that's it for our holidays! 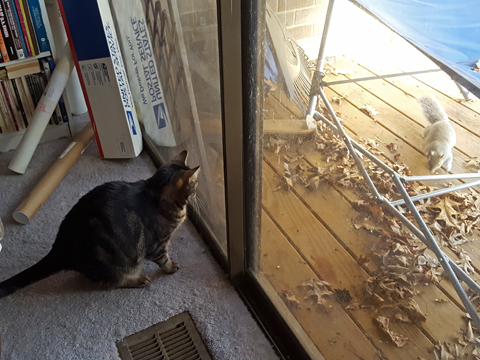