I just spent all evening researching laptops because my E key, which has to be pounded to type the letter, is shredding and stabbing my finger each time I type it. My day generally was great: Jules had an early apppointment and came over afterward, since we haven't seen each other literally in years. Meanwhile Cheryl made her way out of snowy Richmond and we all went out to lunch together at California Tortilla.

Jules went home early to miss traffic, we watched some episodes of The Crown, then Cheryl, Paul, and I went to see La La Land after having watched it clean up at the Golden Globes the night before. It was great -- better directed than written, but touching and nostalgic, a few catchy songs and for once I liked all the characters in a movie. Afteward we had dinner with Maddy at Cava. Here are some photos from Lewis Ginter's Gardenfest of Lights: 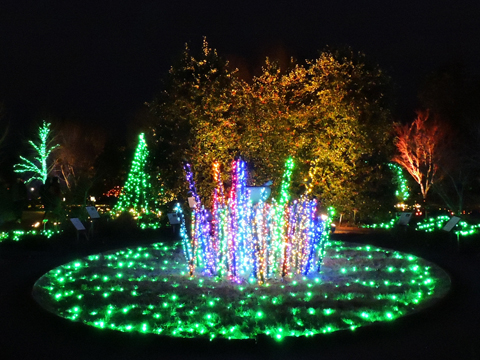