This weekend is the last of Adam's winter break, and he couldn't come home last night, so although I was very torn for a variety of reasons -- I'm claustrophobic enough to desperately want to avoid the Metro on crowded days, which would have meant staying with a friend overnight in DC last night and possibly tonight -- I ended up not marching, though I know people in four cities who did and my mom and her friends went with a synagogue group. Instead I went to pick up Adam, then we came home for lunch and went to Great Falls, which was damp but not as rainy as it had been earlier in the day. 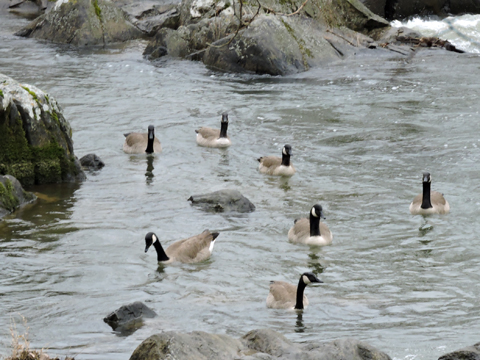 
The rest of my day was mostly about movies. Maddy went to work at Arclight early to work on some of her homework with friends. We went to see Moonlight, which was intense, phenomenally acted, disturbing in parts, but ultimately hopeful -- really well done. Then we came home, had Indian food, and watched Shelter, which was also intense, phenomenally acted, very upsetting, and much less optimistic. They are both scathing condemnations of how poverty and lack of health care affects people, though I thought both movies were more judgmental of women who do drugs than men who sell them.
Collapse