I had a bunch of chores to do on Tuesday but I had a pretty nice day around them. Niece had an appointment in the morning and work in the afternoon, but around that I managed to see Moana, which I enjoyed from the opening goddess to the concluding girl power. Oh, everything in it reminded me of something else, the first song is very Pocahontas, the second song is very Mulan, they all sound vaguely like things from Hamilton, and there's an island that looks like it's from POTC, a tower that looks like Saruman's, the Galaxy Quest mini-monsters, an Improbability Drive...I can see why Polynesian people are so frustrated by it, it has lots of Disney cliches thrown around, but its sins are minor compared to a lot of princess movies and Dwayne Johnson is hilarious.

Oh and speaking of movies, and the Oscar nominations came out. Look, I liked La La Land as fluffy Hollywood musicals go, but the massive L.A. masturbatory self-congratulation surrounding it is more irritating than any New York "greatest city in the world" overpriced overblown Broadway number could ever be, particularly since movies are and should be accessible to so many more people. Emma is starting to have the stink of Gwyneth -- first she does two terrible Woody Allen movies, then she gets a nomination that should belong to Taraji P. Henson for a role that half a dozen equally famous actresses could have acted and sung better than Emma does. Why is Viola a supporting rather than a lead actress? And did Hidden Figures or Denzel's Fences direct themselves?

It was otherwise an uneventful day involving unremarkable busy work. We had faux fried chicken for dinner. Plus we watched the return of The Flash, which needs to let Iris control her own fate more but I love Draco Malfoy's crush on Barry and I like Caitlin's storyline, and in any case it's SO much better than the painful nonsense that is Agents of SHIELD this season (hey, I'm a shipper! I love when shows start pairing characters off, the return of bubblegum soap opera Nashville makes me happy! but oh my god stop the random stupid relationship drama and wrap up this idiotic May storyline!). Here are some photos from the Klip Collective's Nightscape at Longwood Gardens last fall: 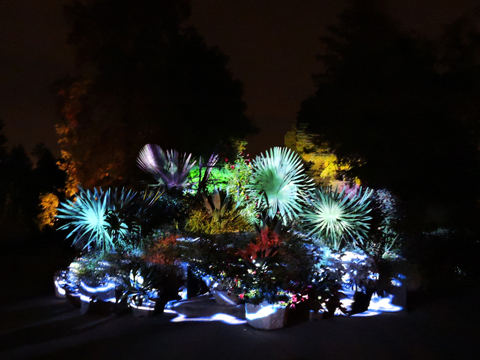