Maddy and I got to see Alice two days in a row, since she had another appointment in Bethesda while I was at the eye doctor for one of those flashing-light optic nerve scans (I was supposed to have another test too, but my doctor was out sick and my phone did not deign to tell me I had a voicemail from her office till several hours later, so I go back next week). Afterward Alice and I met at my house to get Maddy and Paul so we could go to Panera. It was a gorgeous day, not too cold with more winter flowers emerging, so after dropping niece off at work, we took a walk at Cabin John Park.

The 100 returned just as it left, with Clarke being the only person with anything like a long-term plan, all of Skaikru about to die, and Marcus looking like that's okay with him as long as he gets to kiss Abby again first (and no I did not just spend an hour watching fanvids, what are you talking about). Here are some photos from Fredericksburg's Monroe Museum on the site of Monroe's onetime law offices, including the president's Masonic regalia, Presidential desk with secret compartment, Shakespeare prints, dessert plate, and a furlough issued by a 19-year-old Monroe to a lieutenant at Valley Forge: 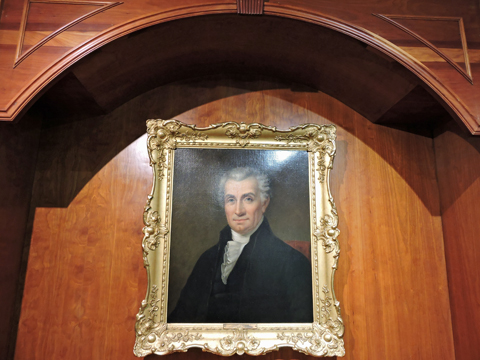