Running late because I had Angela and her sister Katie here for pizza and The Nice Guys, which remains a bit too violent for my taste but really deserves a sequel in which Russell and Ryan are raising his daughter together and solving petty crimes. I hadn't seen Katie since her daughter was born eight months ago so that was a lot of fun!

Also running late because I got my new Kindle Fire delivered in the late morning -- they're $40 right now and I had $34 in Amazon credit, so you can see why I figured this was a good time to get one -- and it took me all afternoon to figure out how to get Google Music sideloaded on it. But now it appears to be working, maybe even Google Books too!

It was in the 60s again though we're supposed to get snow tomorrow night, so I took a walk and attempted to find a Porygon now that the Pokemon Go Valentine event has started; so far no luck, though we have lots of Jigglypuffs and Exeggcutes around. Since we have a full moon coming up, some more photos from Lakeforest's Lunar New Year celebration: 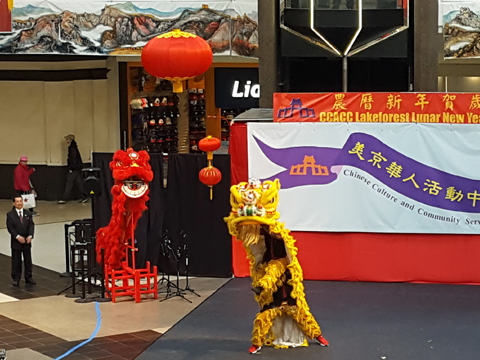