Thursday was a day of bright blue skies interspersed with high winds and snow squalls -- nothing stuck, but a couple of times it was coming down so hard that it looked like heavy fog had surrounded us and was spitting out flakes. Maddy went with Alice to get manicures while I tested Kindle video apps, then I went to meet them at Starbucks for brunch while Paul had lunch with former colleagues. Later, we went to Giant and CVS together.

My neighborhood has had several Valentine Lickitungs and I need only five more Jigglypuffs to get my fairy gold medal. Maddy went to dinner and a movie with friends; I had a bunch of work to catch up on after dinner (leftover Indian), then we watched this week's Nashville, which was so meh I don't even remember what happened, and The 100, which was completely awesome in that Marcus and Abby went to bed together! From the Franklin Institute: 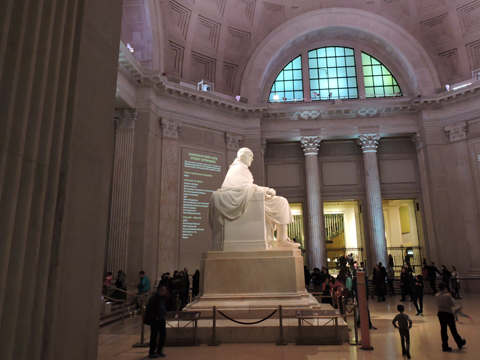