On Monday Cheryl came over for lunch and movies! We went to Zoe's Kitchen to pick up hummus and baked feta, then watched The LEGO Movie (a vastly better movie than La La Land, though to be fair it's a better movie than 9/10 of movies ever made) in anticipation of the day's main event, The LEGO Batman Movie with Paul, who earlier had a job interview. Everything was, to borrow a phrase from the prequel, awesome -- tons of references to previous Batmans including a number of shout-outs to the '60s TV show and appropriate mocking of both Batman v Superman and Suicide Squad. I'm pretty sure it even squeaks a Bechdel Test pass. And the soundtrack is very enjoyable.

Since we'd spent the day watching animated films already, we decided to finish by tracking down Moana which is still in a few theaters. I love that movie too; I know some people don't like the way Polynesian people are visualized but the female characters are great, the songs are catchy, the water looks amazing, and there's a goddess in it. We ate so many snacks that we didn't need much dinner, and after Delta went home, Paul and I watched this week's The Young Pope, which was quite sad, and Timeless, which kind of needed a stronger historical story to counterbalance the ongoing conspiracy (Lucy gave up finding her sister for this?). From Green Spring Gardens last weekend: 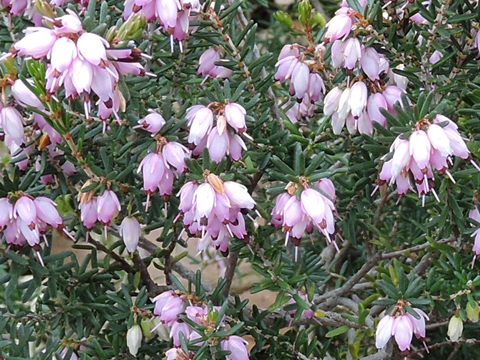