Cheryl is here and we are eating chocolate while watching the Academy Awards, which weren't as bad as they could have been (every time Hacksaw Ridge won something, I resented La La Land a little less, but oh, that did not make it easier to watch America's greatest actor, Denzel Washington, lose to stunning mediocrity with family connections). Kimmel was a pretty good host but I feel like most of his jokes must have been lost on people who don't watch his show, though the Matt Damon stuff had me howling.

I did appreciate Kimmel's swipes at Trump ("Remember last year when it seemed like the Oscars were racist?") and at Hollywood ("Black people saved NASA and white people saved jazz"). Meryl was awesome. So were Mahershala Ali and the Moonlight writers. And Katherine Johnson! But I feel like the disregard for Hidden Figures in the top categories shows how things need to improve, though that insane ending was also a thing of beauty. Earlier in the day we went to the Phillips Collection to see the Toulouse-Lautrec illustrations: 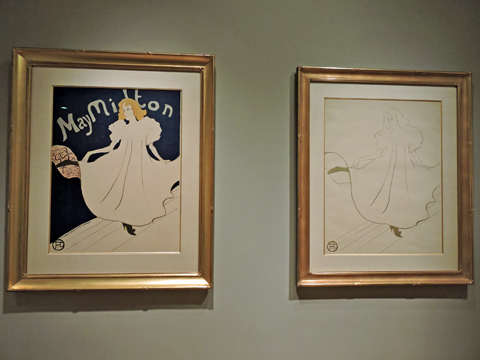