Paul got up early to have an MRI to find out whether he has sciatica and dropped Maddy off at work, so I had the house to myself in the morning and had a long phone conversation with Deborah for the first time in ages! Later, since Alice's son is on spring break, she came up with him and we all went to see Maddy at the mall before doing some shopping (mostly for Alice's son, who wanted froyo and a game controller, not necessarily in that order) and getting lunch at Cava. We took a walk at Cabin John Park and caught Pokemon. I had a project that I had to finish in the afternoon and I'm happy to report that I got it done, though I did not get the laundry folded because I also spent a lot of time testing sites to host blog photos because I worry about the continuing existence of LiveJournal's Scrapbook.

I have settled on Flickr for now, though with the Verizon sale of Yahoo, I have concerns about Flickr's continuing existence too -- Google Photos is useless for sharing and my Dropbox space is too limited. I also watched Cafe Society but I'm really ashamed of that and it's completely terrible -- phony pink color saturation to show how fake L.A. is, Steve Carell's least convincing performance of his career, Jesse Eisenberg playing Jesse Eisenberg saying Woody Allen lines, the usual Allen raging sexism, self-involved characters with amoral, soul-deadening lives...in fact, Kristen Stewart's little eyeroll when she has to utter lines so preposterous that no live human being would ever say them is a saving grace of the film. Here are some photos of the bluebells and animals along the C&O Canal last week: 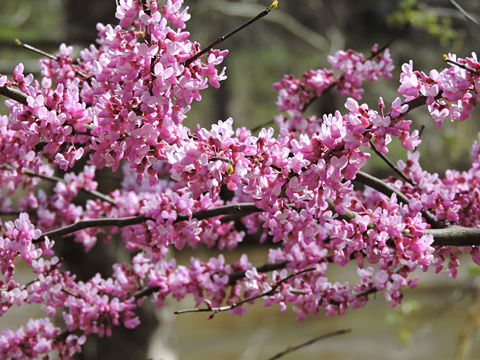