Busy Wednesday. Maddy arrived very early in the morning from California, then had to be at work at the mall at 10 a.m. Adam needed a ride at noon from College Park to NIH for an orientation lunch meeting and some administrative stuff (ID, medical, etc.), then back to the pediatrician to get his TB test checked -- fortunately it was negative! Plus we had half an hour to fill between NIH and the doctor, so we stopped for Krispy Kreme on the way and had salted caramel doughnuts. We came back to the house until Maddy was finished with work.

Then we went to meet Maddy at California Pizza Kitchen for dinner, where she told us that she is going back to California to enroll in a program to get her ready for college after her chaotic high school years, which we agree will be a good idea for her. After that, we all drove Adam back to the University of Maryland. When we got home we wound down watching The 100 and Designated Survivor, neither of which gave us the episode originally advertised but at least they didn't suck. Some more photos of animals at Mount Vernon: 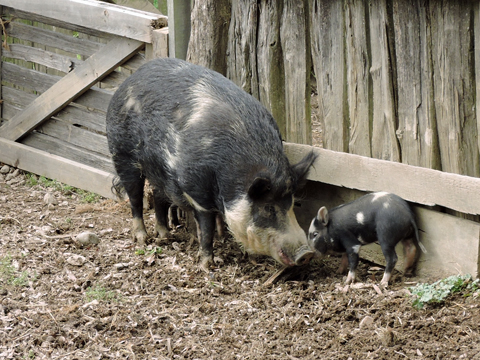