We got up at 5:30 to drive Maddy to BWI, said our goodbyes for now, then came back home and fell back asleep from around 8-10 so I've been kind of groggy all day! After we finally got up and showered, we had lunch, picked up my mother (my father has a cold and stayed home), then picked up Alice (whose husband and son both had homework) and went to Meadowlark Gardens which isn't far from where the latter lives. The cherry blossoms and tulips for which the park is famous were gone, but there were still plenty of azaleas and we saw many turtles, frogs, geese, koi, tadpoles, red-winged blackbirds, and other wildlife as we walked through the wetlands and Korean bell gardens. 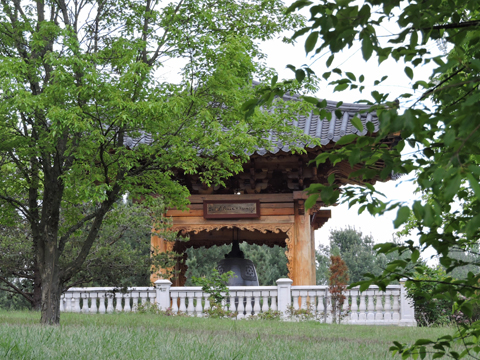 It was nicely overcast, so not as horrendously hot as the forecast. After we took Alice home and visited her family for a few minutes, we stopped at Tara Thai to pick up food and went back to my parents' house for dinner, where my father was in a good mood after watching the Nationals' 23-5 victory over the Mets (when we got there he was concerned that the Yankees were going to beat the Orioles in extra innings, but the Os came back and won). In the evening we watched the very annoying Once Upon a Time (Belle's compulsive self-erasure is unwatchable, I almost hope Gold kills her as a cautionary tale instead of glorifying their "love") and the always enjoyable Madam Secretary.
Collapse