Quickie because we're watching some Genius with Adam, who didn't get to see the first few episodes while he was finishing his semester. Earlier, after a quiet but somewhat upsetting morning following the news from the University of Maryland of an on-campus murder that appears to be a hate crime, we went out in the lovely cool weather to Brookside Gardens for the butterfly exhibit and so Adam could see the goslings and turtles. 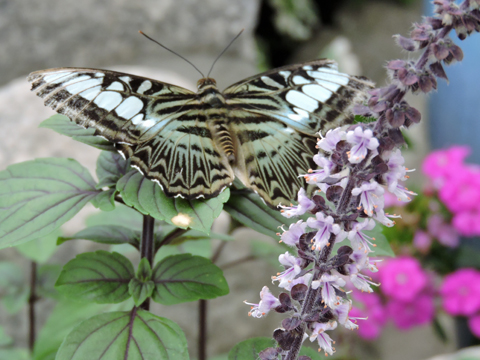 We had turk'y roast for dinner and watched the season finale of Madam Secretary, which was, as it often is, a bit pedantic but a happy world. I got $15 sandals delivered from Kohl's and three cats spent a lot of time fighting over the box they came in. On Monday Adam starts his internship and Paul has work-related chores to do, on Tuesday I get to see the orthopedist who hopefully can tell me how to fix my back!
Collapse