Paul needed to go downtown for clearance and security checks that some of his potential employers require, so since I needed to be awake early anyway to get Adam to NIH for the first day of his internship there, I drove into DC with him. While he was getting fingerprinted and dealing with paperwork, I went to the Smithsonian's Museum of American History, where he eventually met me. We went to several of our favorite exhibits, including the Gunboat Philadelphia and the Machine Age, as well as the new one on Japanese-American internment camps during World War II. Then we went to the Reagan Building's food court for lunch, where we ate Mediterranean food and I caught an Aerodactyl. 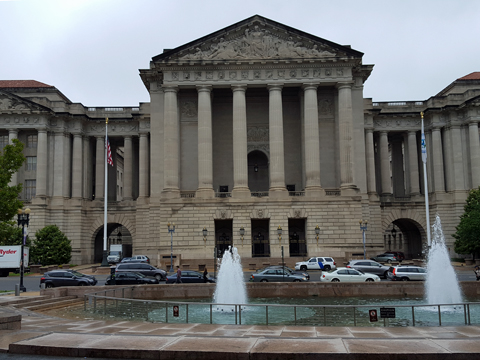 When we got home, we caught up on the weekend television we missed, namely the distressing season finale of Elementary and last week's Matrix-y Doctor Who. We went to pick up Adam, who had a long and very good day working out his research plans with the professor in whose lab he'll be working, and came home for leftover gumbo. In the evening we watched the season finale of Supergirl (not the best they've done this season but plenty of Cat, some Lena, and gratuitous Superman, so I was happy) and James Corden's prime time Carpool Karaoke special, plus another episode of Genius for Adam. Given both the local and international news these past two days, we needed distraction.
Collapse