Like many people, I spent a lot of Thursday impotently screaming at the news when I wasn't writing to various officials (most of the ones who represent me strongly favored keeping the Paris climate agreement but I wanted to make sure my opinion was noted for the record). I also did some impotent screaming at Shutterfly, whose web site still isn't working. Since all the screaming was not good for my blood pressure, I also went with Paul to Great Falls, where we saw lots of goslings, herons, and turtles, which was nice and relaxing!

While we were walking along the canal, Karen called to ask whether we wanted to have dinner with her and Jim, since we hadn't seen each other in ages. So we picked up Adam from NIH and drove to Tara Thai, where we all ate outdoors on one of the rare perfect evenings of the spring. When we got home, Adam went for a run and we all watched some Bones (the sad end of the ninth season and start of the tenth) before The Daily Show's incisive coverage of covfefe, which, at least, has been good for memes! 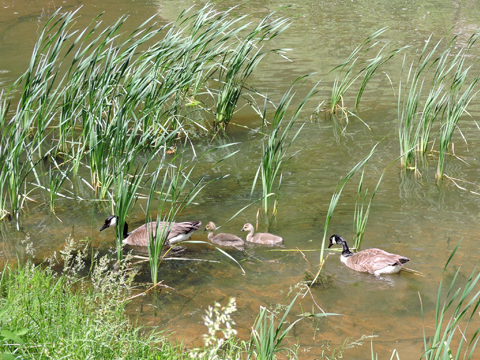