Cheryl is here and we are watching the end of the Tony Awards (fairly enjoyable, though Spacey can't compete with Corden, it is inexcusable that they didn't show James Earl Jones' lifetime achievement award during the main broadcast, and I love Bette Midler but I really, really wanted to watch Glenn Close have to give a Tony Award to Patti LuPone from back during the first iteration of Sunset Boulevard).

Earlier we saw The Mummy, which is pretty cheesy but not nearly as bad as its reviews; Crowe and Boutella are very enjoyable, Cruise less so but that's mostly the fault of a mediocre script, Wallis's character is supposed to be a scientist but spends all her time begging to be saved from eeeevil, it's a little sexist and quite a bit racially insensitive but has its fun moments). Adam is out with his visiting friend, and we saw a baby bunny! 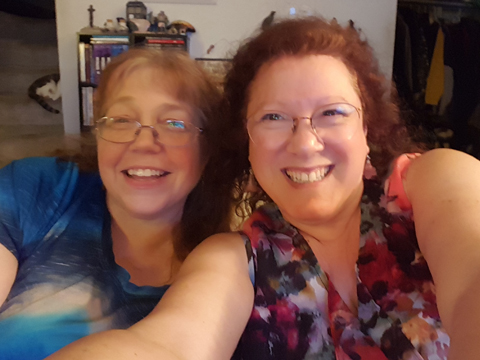