Cheryl stayed over Sunday night so we could hang out and watch movies and stuff on Monday, though I had to drag her to a doctor's appointment that I thought was a different Monday and she was a very good sport! I had quite an amusing experience in the doctor's waiting room anyway, as I started talking with another woman about kids, schools, and places we'd lived, which quickly culminated in our discovering that she knows my California cousin Allison from when she lived out west and their children went to preschool together.

We got Cava for lunch and watched Life, which has a great deal in common with Alien -- the biggest thing I couldn't predict was the order in which characters would die -- and The Nice Guys, because we were in the mood for more Russell Crowe after The Mummy and it's hilarious in a dark and twisted way. After Cheryl went home, I did a bunch of chores, then tried to catch up on e-mail while also catching up on Last Week Tonight's British election episode (genius) and a Bones episode. Animals we saw while walking in the neighborhood: 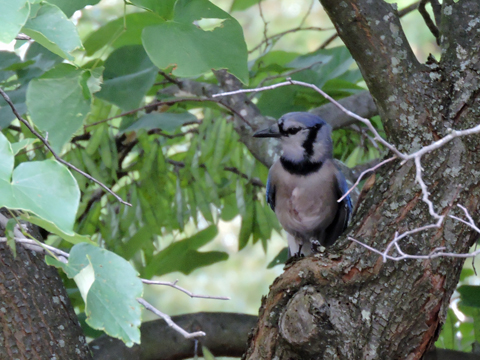