The weather was even more gorgeous on Sunday than Saturday. Adam went to play tennis with my father, then we took him to meet Paul's parents in Thurmont for lunch at Simply Asia. We stopped at Pryor's Orchard, which unfortunately was closed for blueberry picking though we bought some peaches, then we went to Catoctin National Park and hiked a bit around Hog Rock. When we went back into Thurmont, we Skyped with Daniel and had ice cream. We tried to stop at the Emmitsburg Antique Mall but they were closing five minutes after we arrived. 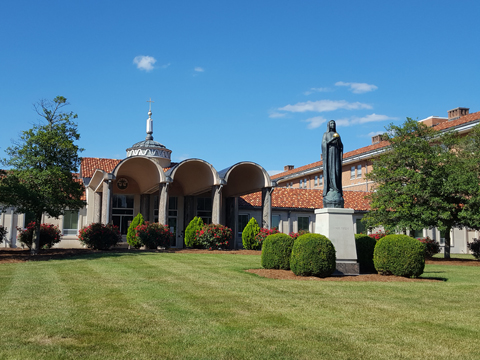 None of us was very hungry for dinner after the big lunch and dessert, so we had snacks, Adam went for a run, and we watched Amelia Earhart: The Lost Evidence, whose claims that she obviously was found, captured, and killed by the Japanese prior to World War II is just as unconvincing as TIGHAR's various fundraising-and-fame productions claiming that the heel of a shoe proves she crashed on a small Pacific island (there's about as much evidence that she was abducted by aliens and that Voyager episode is more fun to watch). At least the Nats and Os both won!
Collapse