Monday was a work and chore day, not exciting, though Adam worked from home so the cats did a lot of sneaking behind the television and mrooping to try to get his attention. I did laundry and organized some things and worked on a writing project and fixed up some Dreamwidth communities that I had imported from LiveJournal just in case.

Adam went out running with a friend at dinnertime, so we ate without him and watched the start of the Home Run Derby before he got home. He made it for most of Will, the new young Shakespeare movie on TNT, which is such epic crack it makes Versailles seem like a model of restraint! From the Smithsonian Folklife Festival, the Flying Wallendas: 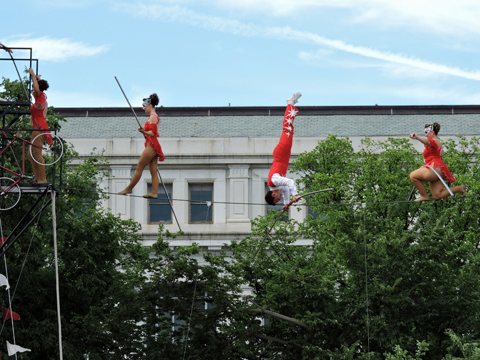