I had no vehicle on Wednesday -- one was with Paul at work, the other was with Adam in College Park -- but Alice and Avery came over, took me to the mall, went shopping with me (we were pretty good in Gamestop apart from Avery discovering he had enough money to buy a video game and me discovering the $4 sale t-shirts were buy-one-get-one, and we did not buy Alex and Ani Wonder Woman bracelets, stopped for Starbucks and cream cheese for the bagels I already had, and ate while watching Pokemon 2000, which I have on VHS left over from my kids' childhood!

Paul and I had thought about going to the Big Train minor league game, but it was still 95 degrees as evening approached, so we decided it was just not the night for it. (Same with my intention to take a walk, though I did see a bunny with Avery during a brief sojourn to catch Ash's Pikachu.) Adam stayed in College Park until late, so we had breakfast for dinner (eggs, facon, English muffins with marmalade) and watched some Versailles. Here are some photos from the C&O Canal last month (warning for Shalini: several pics down there is a snake): 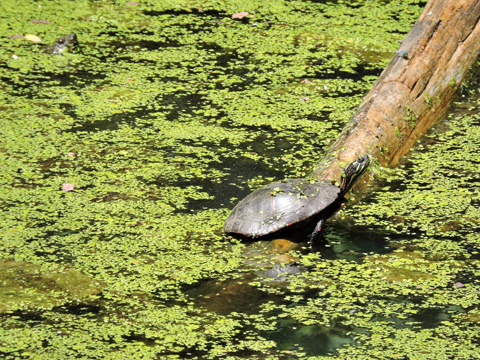