I had plans to get a lot of work done on Monday, but after doing some of it in the morning, I went out at lunchtime to run a couple of errands, noticed there was a Lugia raid in Cabin John Park, and spent the next hour bonding with strangers from GroupMe and Discord while we waited for enough people to arrive to battle said Pokemon, which we defeated, and I caught!

So yes, I had a very grownup afternoon. Angela came over when she got off work, I showed off my Thor and playbills, and we ended up getting Lebanese Taverna and watching the musical episode of Once Upon a Time because she hadn't seen it and it remains the best thing they did over the course of the past four years, especially the Charmings.

We watched the beginning of the Orioles game with Adam (poor Wilson Ramos!), then Will: The Velvet Goldmine Episode (I'm sure it has another title but that's how I'll remember it -- Marlowe's coat!), then the Orphan Black we missed (I can never decide whether I feel sorry for Rachel or want her to die). Some more Chihuly from the New York Botanical Garden exhibit: 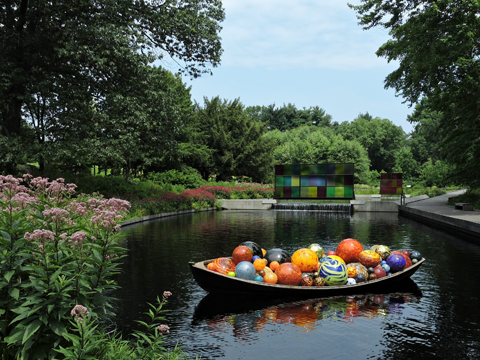