I spent a part of Tuesday morning organizing the Tarot decks that were bursting out of the bookcase where I keep Tarot decks. Then I got a message from MoCoPoGo on GroupMe about an Articuno raid at the Twinbrook Metro station, and since I was about to go right near there anyway to get bagels at Bagel City's 14-for-12 Tuesday deal, I met up with a lot of the same people I'd gone on a raid with at Cabin John Park the day before. We won and I caught the Articuno, then we went to another raid at the Rollins post office and I caught the Articuno there too! I am really not sorry I missed all the Sunday craziness while I was out of town.

My afternoon involved getting done all the things I missed doing during the lunchtime gaming. Then Paul came home and we were about to go to Not Your Average Joe's for the lobster rolls he missed out on last time -- Adam was out with Emiliano, one of his oldest friends, who moved back to Venezuela while they were in elementary school and they stayed in touch -- but once again they weren't sure they had them! So instead we went shopping at Giant, had deli for dinner, watched the Orioles fail to come back against the Rays, and caught up on Still Star-Crossed since it ends forever this week. Flowers and animals at the New York Botanical Garden: 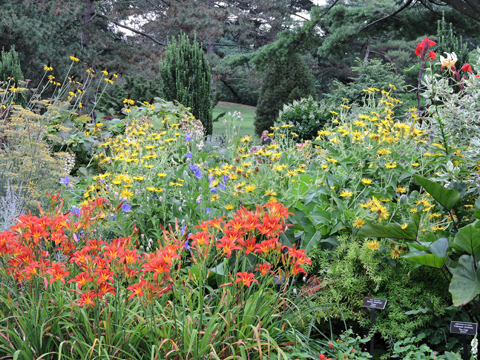