I had no vehicle on Wednesday, so Alice and Avery came to visit and we spent the better part of the afternoon chasing down Pokemon raids. Despite being out many coins for raid passes, I had a fairly good day -- I caught another Articuno and won a Lugia raid that got me lots of rare candy even though I didn't catch the Lugia -- but we couldn't get enough people for a successful Tyranitar raid so I still don't have one, and Avery didn't catch any of the legendaries at the raids we won, so he was frustrated.

We may do more raiding to help Avery get a legendary on Friday. When we weren't raiding, we had lunch at Cava and watched Pokemon Ranger and the Temple of the Sea. Adam was in College Park until very late in the evening and missed all this fun. The rest of my day was chores, though I got to do some of them while Paul and I watched the Nationals make an unexpectedly impressive comeback against the Brewers, which was lovely! Here is Citi Field when the Mets did the same against the As on Saturday: 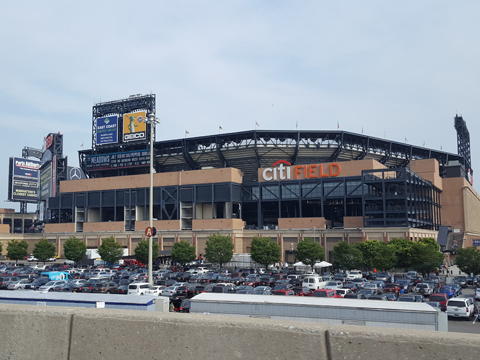