Alice and Avery had an appointment early in Bethesda, so after getting her Starbucks, they came over here and we tried yet again to find Avery an Articuno or at least a Tyranitar. Sadly, there were no Articuno raids close enough to both my house and a place to stand undercover in the pouring rain where people were gathering, and while we got some people to meet us for a Tyranitar raid at a church, five of us could not defeat it. Even so, I had a good time with him and Alice, especially when we stopped at the mall for froyo.

After Alice left, I did chores and discovered the Les Miserables channel on Discord, which I can tell will be a wonderful time sink. Adam came home from work and went straight to an all-night 21st birthday party, while Paul and I went to have Thai food at my parents' house. Then we came home and watched the Orioles play a terrible game against the Rangers, followed by Colbert's half-unaired material, half-rerun Friday format episode. Here are some of the butterflies at Brookside's Wings of Fancy exhibit earlier in the year: 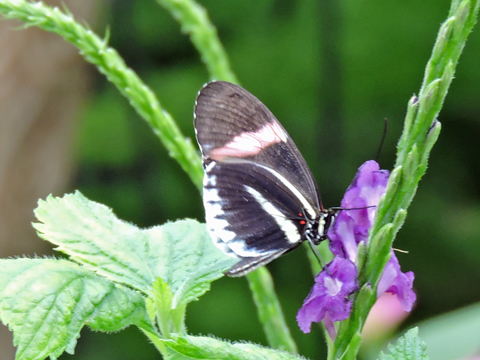